A few women of Satna city embarked upon novel idea in 1987 to provide free coaching to deprived school going children with an idea to improve upon their educational standard. Over the next four years they assiduously did the job and concluded if educational standard has to be improved a holistic approach was needed. They also realised that children would have to be prepared right from beginning to impart them education of their dreams. And thus began kindergarten classes and were laid seeds of Anupama Higher Secondary School.

To give a concrete shape to the coaching and elementary education, these leading women decided in a meeting to form Anupama Education Society on November 14, 1991. Incidentally, November 14 is celebrated in India as Children’s Day in the fond memory of Pt Jawaharlal Nehru, the first Prime Minister of India.

Within next four months formalities of registration were completed and AES was formally registered as a society on March 27, 1992.

After the registration, AES developed and built brick by brick Anupama Higher Secondary School. And while this process continued, attention of the office-bearers of the organisation was drawn towards the appalling condition of a majority of people, who were unable to send their children to school. And thus started social sector intervention with the belief that if the families prosper, education will be taken care of automatically.

Over the years, AES has emerged as a prominent NGO engaged in rural development and providing quality education to the urban students. Within seven years of its registration, in 1999 the organisation got the President’s Award for Women and Child Welfare. The President’s Award carried a cash prize of Rs 2 lakh. Later in the year 2006, the organisation was awarded ISO 9001:2000 certificate for quality management system in social sector.

At present AES is working in 29 districts of Madhya Pradesh (view map), though majority of direct work is concentrated in four districts – Satna, Rewa, Katni and Balaghat district.

The vision of the Organization is to develop the Society such that to fulfill the basic needs of the needy people as well as to end all sorts of exploitation, discrimination and violence against the minority groups of the Society.

To support the efforts of Development in society for women, children, disabled and under privileged people for making them aware, educated and self sustainable.

The organisation is working through making people aware and developing in them skills, enhancing their capacities and organising them. With help from the organisation they can be made capable of utilising their rights and take the benefits of the opportunities through the projects and programmes for the betterment of their standard of living.

At present AES is working in 29 districts of Madhya Pradesh (view map below), though majority of direct work is concentrated in four districts – Satna, Rewa, Katni and Balaghat district. No. of District cover – 29,  No. of Block cover -135, No. of Villages cover – 14800 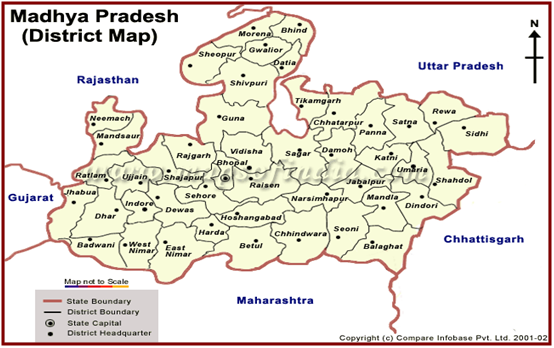